Report on clinical investigations of Singlet Oxygen Therapy. SOE respiratory unit use in sanitarium practice at Chernobyl zone in Ukraine.

Abbreviations in this study are:
SOT = Singlet Oxygen Therapy
SOE = Singlet Oxygen Energy
Introduction.
SOT is widely practiced among the new perspective methods on non-medicamental treatment and prophylactics of diseases.
The principle of the SOE (Singlet Oxygen Energy)-effect is based on optimization of singlet oxygen formation using special AIRNERGY catalysts in an activation chamber of a respiratory unit and its delivery into a human body.
Normalization of the patients’ health condition after the Airnergy SOE-therapy was caused by improvement of blood circulation, stimulation of metabolism in tissues, immunity strengthening, detoxification, normalization of antioxidant state. To put SOE into practice, modern Valkion Unit, including the AIRNERGY catalysts, was set in dispensary “Teteriv”, Korostyshisky district of Zhytomyr region where the above mentioned investigations have been fulfilled since the 1st of July 1997 till the 23rd of February 1999.
Research Object and Task.
The aim of the present investigation was to determinate the SOE-therapy influence on health condition of patients in sanitarium, and possibilities and perspectives of SOT use for the treatment and rehabilitations of patients with different types of pathologies.
To fulfill the purpose the following tasks were set:
• study the effectiveness of SOE use in clinical practice based on treatment results of the patients with different types of diseases.
• organize the comparative characteristics of SOE effectiveness among the patients who received SOE-therapy in complex with other types of treatment and those who didn’t receive SOE at all.
• make the conclusion on SOE effectiveness and use perspectives in sanitarium practice on the basis of clinical and laboratory data.
The treatment by means of SOT consisted of energized water use and activated air inhalation. Patients received SOE 1 time a day on an average. During the first day of treatment patient consumed 50-100 ml of activated water and 3-9 minutes of inhalation by activated air. The second and all the following days, patients took 150-200 ml of activated water and 6 – 14 min. of inhalation. Each patient received 11 SOE treatments on average.
Results of the Investigation.
When using SOE, i.e. Singlet Oxygen Energy, in complex with other types of treatment (please refer to the table in Attachment 1), all the children (455 persons) finished their course of treatment with improvement of their condition. In the control group only 451 out of 512 children (88,10 %) finished their treatment with improvement. 58 patients (11,32 % left without changes, 3 patients aggravated their stage.
When treating the patients with blood circulation system diseases, it was noted, that general effectiveness of SOE use in the first group amounted to 100 %.
The effectiveness of SOT by the patients with blood circulation system pathologies was caused by improvement of electrocardiogram indices, increase in patients’ tolerance to the physical load, disappearance of heartache and tachycardia, increase of hemoglobin level in blood. SOE-effectiveness in the control group amounted to 91,06 %. Out of 302 children 275 persons felt better, 25 patients didn’t change their health condition, 2 children finished their course of treatment with aggravation.
The SOE therapy applied to 112 children suffering from respiratory tract diseases showed considerable effectiveness.
There were several changes for better which are observed by all the patients disappearance of catarrhal phenomenon, facilitation of expectoration, stabilization of external breathing function, reduction of short breath and quantity of choke attacks by the patients who suffered from bronchial asthma. The treatment effectiveness of the patients from the control group was 84,13 % out of 126 children 106 improved their health, 19 children (15,1 %) finished the course of treatment without changes. 1 child aggravated the health condition.
The effectiveness of the SOE-therapy applied to 31 children with gastrointestinal tract diseases was characterized by the remarkable improvement of health condition of all the patients. After SOE treatment patients’ health condition improved, pains in stomach disappeared, general state and appetite improved, meteorism disappeared, heartburn reduced, stool normalized. The SOE effectiveness in the control group amounted to 70,97 %, 9 patients (29,09 %) left without changes.
All the patients from the first group who had metabolism pathologies finished their course of treatment with improvement of their health condition. There were following changes in health condition of the patients: disappearance of thirst and dryness in month, tiredness, reduction of sugar in blood of the patients who suffered from sugar diabetes, and loss of weight in case of obesity. By comparison, in the control group 85,71 % of patients improved their health.

Materials and methods of investigation.
967 children (aged 6 – 15) from the region polluted by radiation were treated by means of SOE in dispensary Teteriv.
The experimental persons were divided into 2 groups. In the first group there were 455 children, who underwent complex treatment (SOT in complex with traditional treatment at the same time). Among them: 57,4 % suffered from diseases of blood circulation system, 24,6 % from respiratory tract pathologies.
There was following percentage according to the level of affection:
Light – 54,2 %, middle-hard – 42,3 %, hard – 3,5 %.
The second (control) group consisted of 512 children, who were treated only by means of the SOE-therapy. The overwhelming majority of patient suffered from blood circulation system diseases (59,0 %) and respiratory tract diseases (24,6 %. 55,8 % of children had light level of affection, 39,6 % – middle-hard level, 4,7 % – hard.
In most cases the patients with cardio-vascular system pathologies suffered from the following diseases:
• functional cardiopathy,
• vegetovascular distony.
Among gastrotestinal tract diseases prevailed:
• chronic gastritis,
• gastro-duodenitis,
• cholecystitis,
• diskinesia of bile duct.
Among respiratory tract diseases predominated:
• chronic and obstructive bronchitis,
• bronchial asthma
Among metabolism pathologies prevailed:
• endocrine system diseases including sugar diabetes (of light and middle-hard form).
Among motor system diseases prevailed:
• after-traumatic bones and joints injury.

Among skin diseases prevailed:
• eczema,
• neurodermatitis
For the investigation of SOE therapeutic effectiveness different data was studied: data of electrocardiogram, indices of coagulogram, hemoglobin level, sugar in blood (prothrombin index, fibrinogen), the patients’ tolerance to physical load was also taken into consideration.
The possible side effect was evaluated by means of the following symptoms:
• appearance of pain of different localization, which didn’t bother patient before,
• intensification of disease symptoms which patient had before SOE,
• appearance or intensification of neurological stage
• w orsening of clinic-functional and laboratory indices (if they were not caused by medicament therapy).
There was 100 % effectiveness after SOE energy therapy by the patients with nervous system diseases, in the control group 85,71 % of patients became better.
The SOE effectiveness by the patients who suffered from skin and motor system diseases was high but didn’t differ much from the results in the control group.
All the 16 persons who suffered from kidney and urinary tract diseases and to whom Singlet Oxygen Therapy in complex with other methods of treatment was applied changed their health condition for better, in the control group 91,67 % of patients improved their health.
Analysis on the results of SOE use applied to the children living in the territory polluted after accident at Chernobyl Atomic Power Station and treating in the dispensary “Teteriv” showed considerable treatment effectiveness. Practically 100 % of patients felt disappearance of headache and also pain in joints and in chest region, improvement of general condition, increase in weight, disappearance of nasal bleeding and catarrhal phenomenon in gullet, normalization of blood composition and decrease in caesium-137 level.
1. Research work on Singlet Oxygen Energy Therapy use in sanitarium practice of dispensary “Teteriv” shows a remarkable effectiveness for the patients who underwent SOT in complex with other methods of treatment.
2. Effectiveness of the SOE-method in the first group (SOE-therapy in complex with traditional treatment) was 11,9 % higher by comparison with the control group.
3. Analysis on the results of the clinic research shows expediency and profit SOE use in sanitarium practice of Ukraine treating the children with different types of pathologies from the ecologically unfavorable regions and areas polluted by radiation.

Closing Statement Concerning Copyright
This article was published in 1999 by POLYVALK AB, Att. Antony van der Valk, Göteborg, Sweden. Respecting the Copyright of the study, it should be noticed that the study investigations were performed with Valkion units that were equipped with AIRNERGY+ catalysts! As the catalysts are the key of the method, AIRNERGY AG headquartered at Hennef, Germany, puts forward a certain claim on these published data as well!

Attachment 1: Effectiveness of Singlet Oxygen Energy Therapy Use according to the Type
of the main Pathology in Sanatoria of Teteriv

Attachment 2: Statement of AIRNERGY Medical Management
With the broad and terrible experiences after the atomic fallout in Chernobyl, human mankind should have learned that an immediate and an overall prevention of immediate or subsequent events caused by the atomic pollution are out of the question. The (governmental) installation of an overall prevention concept is of major importance, especially regarding the population´s fears and helplessness con-cerning their current and future health status. This is true for the generation who witnessed the catastrophe, but also for those generations to come.
Based on the experiences of Chernobyl we have to come to the conclusion, that it is inalienable to start an overall preventive therapy immediately. This early treatment approach can help to avoid further cell damage in the living population, and might be also effective in reducing a possible harm for the following generations.
Therefore, and based on the results of the above publication it is absolutely out of the question to start a prevention/ supportive therapy in the population that are directly threatened by the atomic catastrophe, not only in the central region of Fukushima, but also in all possibly polluted areas in Japan, immediately!
The inhalative Singlet Oxygen Energy Therapy (SOET) should be combined with drinking of the activated water. Combining the two different routes of administration shows a synergistic effect (by a complete coverage of the entire body including the respiratory tract and the gastrointestinal passage) and supports to attain a maximum effect in the body. This combination should have the greatest and a long-term effect on the patients prevention of further cellular damage and an immediate reduction of cancerogenous products (for example, as reported in the above article, a decrease in caesium-137 levels*).
From the AIRNERGY+ point of view the respiratory unit Basis Plus should be sufficient as the catalysts show a much greater energy expansion, than they did years ago, a result of AIRNERY´s + former market leader position and the continuous improvement of the SOE catalyst development processes.
People affected, or people concerned to be or to become affected should breathe the SOEnergy once or two times daily for approximately 40 minutes and drink the energized water after the end of the breathing session. Please recognize, that the water used for the inhalator needs to have drinking water quality.
There is a second version of the AIRNERGY+ inhalation system available – called Professional Plus. As this version contains more catalysts, the breathing time can be reduced to 21 – 30 minutes.
Both product versions have the same mode of action. The major difference is, that recognizable effects can be perceived earlier and the maximum of biological effectiveness is higher using the Professional Plus than with the Basis Plus product.
Although the above mentioned study was only performed in children, AIRNERGY+ does not expect any different results in grown-ups, taking a more than 10-year experience with both populations into account.
It should be an immediate task to get in contact with hospitals, doctors and other medical or paramedical institutions. In addition a press release might be helpful to give the population, which feels helpless now, an alternative and a strong support in their fight against this unknown enemy – radioactive pollution.
In my personal opinion, the government and in special the Japanese Ministry of Health should be informed about AIRNERGY+ as a preventive, therapeutic and curative option that can help to stabilize and recover their population. It is easily to use and without any side effects. The installation of free governmental breathing stations might be a fundamental idea. Managed and controlled by a medically trained person, people can go there to take their breathing/drinking therapy and are under medical care as well. This approach might strengthen the feeling that the government takes care of each single individual!
To help the Japanese Population in this outstanding catastrophe AIRNERGY+ will support any activities to make AIRNERGY+ available for the Japanese population as easily and as soon as possible! 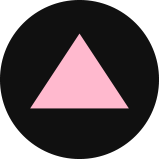 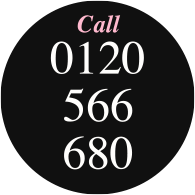